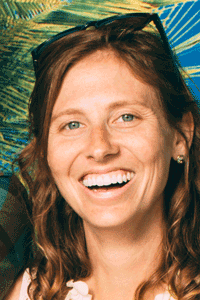 Links to: Summary of Recent Career Achievements and CV

Rachel joined our group in January 2011 as a Climate Science PhD student. Her research first focused on the volatility of weather extremes as a part of the the Scripps Partnership for Hazards and Environmental Applied Research (SPHEAR). During  the summers of 2011 and 2012 she first began her research on marine layer clouds through internships at the local utility, San Diego Gas & Electric (SDG&E).  In 2012 she was awarded a NASA Earth and Space Science Fellowship to continue her studies of these low level clouds as her PhD research.  In August 2015 Rachel successfully defended her PhD dissertation entitled: “California Coastal Low Clouds: Variability and Influences across Climate to Weather and Continental to Local Scales.”

Why even study these blanket like clouds often referred to by southern Californians as “May Gray” and “June Gloom”? If you have ever lived along the California coast during summer you may be familiar with how June Gloom can help keep the coast mild in the summer when it can be much hotter just a mile or two inland. In addition to cooling us down at the coast, coastal species such as Torrey Pines and Redwoods rely on low clouds and fog for a summer water and shading resource. Airports alter their air traffic flow based on the clouds and the output of electricity from solar panels is strongly impacted by the presence of marine layer clouds.

Now, with her PhD completed, Rachel is excited to focus her research on one of these impact areas – the interplay of marine layer clouds and heat waves.  She will apply her knowledge of the dynamics of these clouds and California coastal climate to better understand coastal heat waves and their impact on human health. Why during some inland heat waves is the coast protected from extreme heat by enhanced cloudiness? Why in other cases is the marine layer absent and the vulnerable coast, acclimated to mild summers, left exposed to crippling heat?  These are just the very first of many questions Rachel will work with others to answer as a part of a NOAA Coastal and Ocean Climate Application (COCA) project.

The following highlights two findings from Rachel’s dissertation and recent paper which have helped lay the groundwork for the ongoing applied research. Rachel utilized Geostationary Operational Environmental Satellite (GOES) at half hourly, 4 km resolution for May-September to create a 19 summer (1996-2014) record of coastal low cloudiness (CLC). The 4km spatial resolution of the GOES CLC retrieval provides a detailed look at the structure of the July-minus-June differences in CLC (Figure 1). For the majority of the domain, July is cloudier than June on average, with substantial differences reaching up to 30% along coastal northern California. But in the southeast area of the domain, from Point Conception along the Southern California Bight (SCB) and northern Baja, Mexico, June tends to be cloudier than July. These large-scale differences clearly extend into the terrestrial coastal region as seen in densely populated southern California (Figure 1c), the Bay Area, and the agriculturally-important Salinas Valley (Figure 1b). 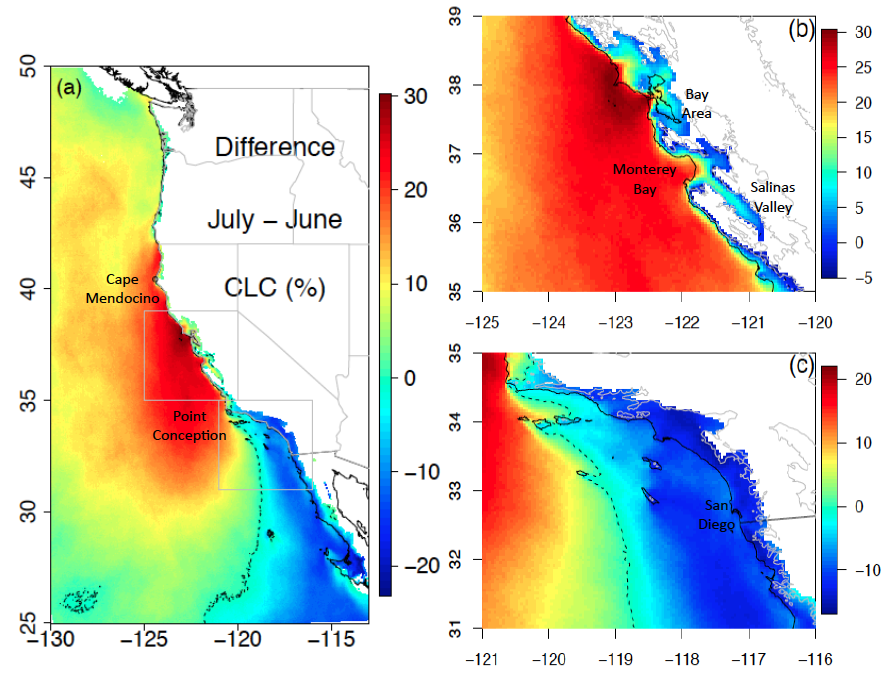 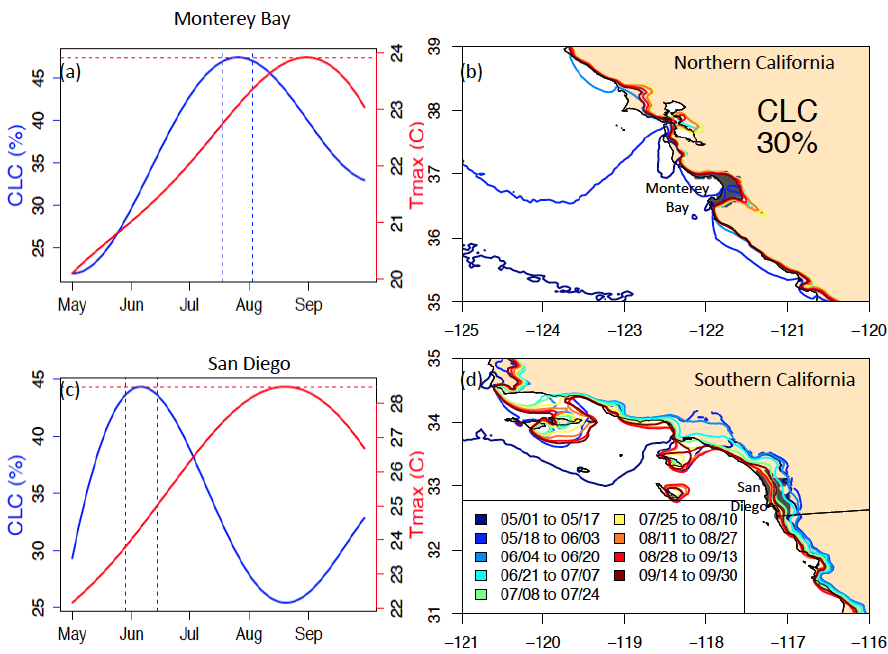